UNSHAKABLE FAITH: HOW TO GET UNSTUCK ON YOUR NEW YEAR GOALS (PART II) 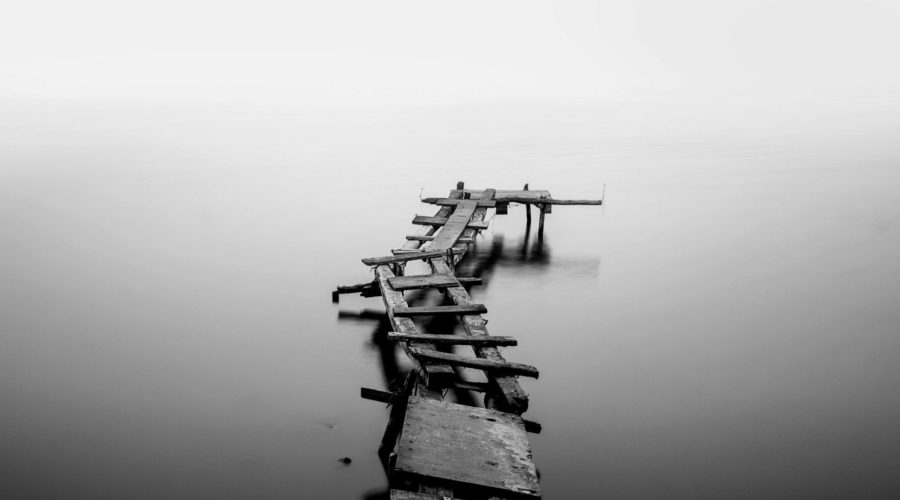 UNSHAKABLE FAITH: HOW TO GET UNSTUCK ON YOUR NEW YEAR GOALS (PART II)

In the last post, we covered one of the most common pitfalls: not knowing what you want.

In this post, we’ll be covering the self-doubt that often shows up as soon as you try to get out your comfort zone. Self-doubt is a tricky monster. It likes to give you space to dream at first, and then, once you’ve started to get excited and you’ve allowed yourself to begin designing a plan, BOOM, self-doubt shows up. And, sometimes, self-doubt won’t even let you dream –it’ll have you before you attempt anything, that it won’t be worthwhile.

So, who invited self-doubt to the party?

Well, self-doubt is kind of part of the original dream team. You know, the one you need to survive, not get seriously injured, and not make a complete fool out of yourself in situations that aren’t so socially forgiving. But self-doubt has a body image disorder because it really sees itself as the voice of reason in your brain. Self-doubt doesn’t know that it’s rarely ever led you to fulfillment, growth, or inner peace. So, step one in today’s recipe for getting unstuck on your goals is to look self-doubt in the face and say “thank you, but no thank you.”

Calling Self-doubt by its name increases your awareness around it. And with increased awareness comes greater power to consciously choose how you want to respond. In this case, you want to remind yourself that self-doubt about your ability to set and achieve powerful goals is harmful.

Now that self-doubt is back in its lane and out of the party, you still don’t have what you need to get unstuck from your goals. Removing what’s causing harm or slowing you down is the necessary but insufficient part of personal development.

So, how will you approach your goals for the year?

You need better thought-habits –new friends to the party to replace Self-doubt.

You need to invite Unshakable Faith into your life.

Now, it’s really important to note that Unshakable Faith is also a tricky guest, because it’s painfully shy (so usually it takes more than one try to get it to actually stay) and because it’s very particular about where it likes to hang out.

Unshakable Faith may seem like it’s playing “hard to get” all the time, but it is indeed the high-quality guest you want in this beautiful journey of yours. Once you learn how to win over Unshakable Faith, virtually every aspect of your life will improve: your relationships, sense of meaning and spiritual experiences, health, finances, and the list goes on. And this is because Unshakable Faith is part of the Trust family, and they basically run everything in the world. Without them, without that feeling that we can trust something, we become paralyzed by fear and doubt.

Our friend Unshakable Faith also has a very sensitive fakeness-radar, so it’ll disappear at the first sign of dishonesty. If you’re like most people, you’ve been taught to “believe in yourself” (doesn’t work because it’s too general), “believe in your dreams” (also general, and depending on your dreams, may not be possible). Not only are these mantras super cliche and vague, but they’re also lacking a solid foundation of honesty.

So, what’s something you can believe 100% and that can also motivate you to live a deeply fulfilling and impactful life?

Let’s take “believe in yourself” and give it an Unshakable-Faith-approved makeover. It might end up looking something like this: “, wholeheartedly, in your ability to be more creative, resourceful, and resilient than you can imagine.” Or, maybe, you want to make it look like this: “ in your ability to tap into your unlimited mental capacity when facing challenges.” Or, “believe that every day you are given the opportunity to learn something new and use it to your benefit.” I know, they’re not as attractive or catchy as “believe in yourself,” but they work better.

There are a million ways to transform a vague mantra into a powerful one. Here are some of my favorite mantras that outshine their cliched counterparts any day:

“Everything is figureoutable.” -Marie Forleo

“All I need is within me now, and I have the courage to see it through.” -Tony Robbins

“The biggest adventure you can ever take is to live the life of your dreams.” -Oprah

“You’ll see it when you believe it.” -Dr. Wayne Dyer

Whether or not you like mantras, affirmations, or motivational quotes, it’s in your interest to upgrade your beliefs to ones that inspire better action and greater fulfillment. Your beliefs shape your reality in multiple, significant ways –from how you behave, how others behave, to even your health and wellness. This is an idea that’s been backed up by tons of research (to explore this more on your own, check out the article linked above or look up “self-fulfilling prophecy”).

I’m going to say it, and I hope you choose to say it to yourself regularly: you are capable of so much more than you can imagine.

Under pressure, humans have been known to accomplish amazing things (like, you know, lifting cars off of loved ones). And even without such extreme stress, you can learn to become a more self-aware and conscious person who goes through life choosing how you respond to various situations. You can cultivate a growth-mindset, overcome your self-defeating shame, and get in the habit of taking action (without having to wait for the “right moment”).

So, my friend, it’s time to return to those goals that you’ve been afraid of facing. And ask yourself this:

Where is self-doubt creeping in? How is it disguising itself as the voice of reason? How would I approach things differently if I had Unshakable Faith?

BONUS TIP: Try applying the concepts in this post to your love life! Instead of trying to have unshakable faith in your partner (which may lead to deep pain if he or she is one day unfaithful), focus your confidence on the power of cultivating a meaningful relationship as a worthwhile life adventure, or on how each of us is worthy of love despite our flaws. Have complete faith that you’re getting better and better at love each day, and let that empower you to invest more in the people who matter. 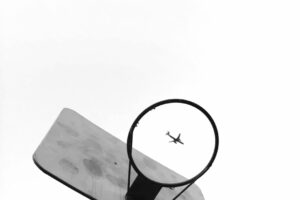 A GUIDE TO VISIONING FOR PURPOSE PRODUCERS

The path to purpose isn’t always a straightforward one. There’s[...] 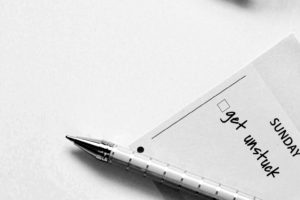 RADICAL ACCEPTANCE: HOW TO GET UNSTUCK ON YOUR NEW YEAR GOALS (PART I)

Another year, another lap we've spun around the sun. We[...]

Let's get in touch

Send me an email and I'll get back to you, as soon as possible.